A few years ago for a Writer’s Digest contest, I wrote a short story titled Cobb Salad: Cheddar or Bleu Cheese? I didn’t win the contest, but a few people really liked it. One friend from college, Ruth, wanted to know what happened next in the story. Last night I wrote the sequel.

Should I ever turn this into a book, I may have to study Armenia’s equivalent of the CIA.

Before we delve into the story: if any readers happen to be Armenian, I’d like to say: thank you for giving us Garry Kasparov (his mother’s maiden name was Kasparyan).

For the next month, I worked at the newspaper. It amazed me that I could concentrate on school board stories and how they dealt with having to cut the budget, feature stories of a few local men who had been discovered to have briefly had Hollywood careers, and even the arrest of a corrupt sheriff, considering my mind was in the void of deep outer space, where it’s still bitterly cold despite the distant shining sun. Most of my meals, when I finished, remained on my plate. Stress and heartache tend to be excellent appetite suppressants. My dress shirts, normally snug with the buttons tugging, were now loose. I had to tighten my belt to keep my pants from falling off my waist.

Why did she leave?

It’s a question you ask yourself over and over again, craving an answer, but knowing you’ll never have it with the current knowledge you possess. Still, I wondered. Did I bug her too much? She never seemed annoyed by how many times I hugged or kissed her or when I listened intently when she talked. Did she decide I wasn’t a good match? Some finally come to grips that their marriage is not an Eharmony match.

Was I not good enough in bed? She never complained and always seemed satisfied. A few times I thought our neighbors in our apartment complex would call the landlord and complain.

I cried a lot. There wasn’t anything warm or cathartic about it: my tears flowed inconsolable, as my gut told me I’d never see her again.

On a Friday night, I was watching the latest episode of The Blacklist. Not really understanding it, just watching it as my mind tried in vain again to sift through the facts in hopes they’d somehow organize into an answer.

A knock came at the door. Four hard raps.

The keyhole showed a man and a woman, both in dark suits.

I opened the door. Both indeed wore suits. I’m six feet tall, but the man towered over me at around 6’4”. The woman, wearing heels, was at my height. They indeed wore black suits, the kind that would be perfect for a funeral. He wore a black tie with white shirt while her black suit was minus the tie but with the white collar tucked over the black suit collar. They both looked fitted rather than off the rack.

They took out their badges. “I’m Special Agent Brackman, and this is Special Agent Sanders,” the man said, referring to his partner. “We’re with the CIA. Are you Stephen Jackson Wolverton?”

“Is this in regards to my wife?”

“We’ll explain during the debriefing.”

“Ok. I need to get dressed. I’m off tomorrow, but how long will this take?”

“We’ll take you in our vehicle to the San Antonio field office, which is about an hour away. If you like, we’ll put you up in a motel after you’re done and then bring you back here in the morning.”

The drive seemed to take only 15 minutes, because it was dark outside and I slept most of the way. That time of night, Interstate 10 is far more deserted than it is in the day. The two officers seemed to chat.

They took me to a room, where there was a five-foot rectangular table separating them from me. The chairs were surprisingly comfortable. They offered me a bottled water.

Sanders chuckled. Why is it people always laugh when I’m not trying to be funny, I wondered. “No, Mr. Wolverton. Far from it.”

They both sat. Both drank from paper cups with lids on top, probably coffee.

Bracken produced a five-page stapled document. I noticed three words: DECREE OF DIVORCE. Unlike most states, Texas doesn’t sugarcoat legal documents by saying, “dissolution of marriage.” It’s to the point.

“My wife wants a divorce?” I asked, thumbing through the five pages but, not being an attorney, it looked mostly like legal-language formalities. On the back page, she’d already signed it with what had to be her real name: Zabel Davidian. I remembered that even her signature was highly legible. “She never gave me any indication anything was wrong. I—”

I drank my water and started to cry. I’d fallen in love with her, hard. She was an exotic beauty. How often does a guy get lucky enough for a mid-eastern beauty with black curly hair and blue eyes to fall in love with him? Particularly a guy who’s not a charmer?

“Mr. Wolverton,” Bracken said, “It wasn’t anything you did. You weren’t her husband, so much as you were her assignment. She wants nothing from you, just a legal end of the marriage.”

“Her assignment?” I asked, incredulous. “Why? What have I done? Where is Jessica now?”

“Armenia. She works for the Armenian government. And her real last name wasn’t Antonian. It was Davidian.”

“Sounds Jewish,” I said, noticing that Sanders took notes onto a yellow legal pad with what looked like a cheap black Bic pen. With the CIA, you expect a pen that costs more than a nice wedding ring.

“It is, and while she is an Armenian Jew, we have no evidence yet she’s ever worked for Mossad. Are you familiar with them?”

I nodded. “Israeli intelligence, similar to the CIA. Why did she marry me?”

“We’ll get to that in a few moments,” Bracken said. “Mr. Wolverton, what kind of surname is that?”

“My great-grandfather was from Turkey and came here around 1920. His surname was Bolat, but he changed it to Wolverton.”

Bracken produced a dark brown folder with a gray, metallic slender strip of metal on one side. As he opened it, I saw the metal formed two strips that held various papers in place. I imagined this was my dossier. And since it was only about a tenth of an inch thick, I’d lived a dull life. I’ve never been arrested, never served on a jury despite two times in a pool. My father was on the local school board for 10 years, partly because he felt the local ISD was a joke and that he could help by getting on the board.

“Based on our records, your grandfather was Turkish but came to America in 1920,” Bracken said. “It appears he left Turkey because he’d been involved in the Armenian Massacre of 1914-1923, had a change of heart and left the country and came to America.”

I’d heard about the massacre but knew little about it from history. Jessica never mentioned it at all.

“Your wife’s assignment was to marry you and research your family to see what they could find out about your grandfather’s involvement.”

“Oh.” She was an amazing actor. When she told me she loved me, she sounded sincere. She seemed to have an excellent memory for things I didn’t like. She never cooked split pea soup, knowing I hate peas, and she would also omit peas from dishes that required them. “What did she find out?”

“Based on research and conversations with your grandmother, she determined your great-grandfather had been a jailer, had been forced to kill an Armenian woman, decided he no longer could tolerate it, and left the country.”

“And once she had her answer, she was gone?”

Sanders stopped writing. “Yes, Mr. Wolverton. She made contact with Armenia, and they bought her a one-way plane ticket back to Yerevan. She left your house, rented a car, drove to the San Antonio International Airport, flew to Atlanta, New York, London, Tel Aviv, and then Yerevan. She then reported what she found.”

The debriefing ended half an hour later, as I signed a few forms, including the divorce decree (which they then notarized and said would be final in a week, once a judge was briefed about it and saw it had been signed). I said nothing as I imagined that smile, the black, curly hair, and the blue eyes.

“Will I ever see her again?” I asked.

“I’m afraid not, Mr. Wolverton,” Bracken said. “You were just an assignment. Are you ready for us to take you to a hotel, Mr. Wolverton?”

Just an assignment. That’s all I am.

“After I go to the bathroom to throw up,” I said. 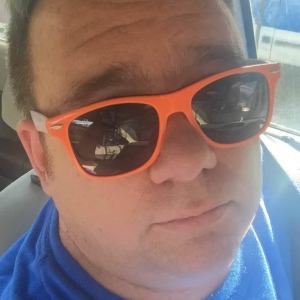