Maybe it’s just a phase I am going through, but I am really enjoying writing poetry. It’s never been my forte, as I prefer writing prose, but it has proven to be fun so far. As I continue to write, I may try to experiment with rhythm and rhyme. All in good time. So far, I have become adept at free verse, but soon it’ll be time to try something challenging.

My gosh, it is amazing to read Paradise Lost and marvel at the rhyme and rhythm!

While I post my poetry on my blog (some of it; much of it is waaaaaaaaaaaaaaaay too personal), I have found I prefer to write longhand. Quentin Tarantino once said poetry could not be written on a computer, and I find writing poetry using a pen and paper brings me closer to the English language. Now, does this mean I will write a novel longhand, as Stephen King did with Dreamcatchers?

To this man, computer + poetry = blasphemy.

When I try to write prose longhand, I find my brain is often sentences and even paragraphs ahead of what I’m trying to write down.

Richard Zowie is a writer who is getting in touch with his inner poet. He still loves story writing and is still working on short stories and novels. Post comments here or e-mail him at richardzowie@gmail.com.

Poetry is not my strong suit, but I like to dabble into it. Quentin Tarantino once said you can’t write poetry with a computer; the poem below was written earlier today with pen and paper (with a few modifications as I type them in now). Read and tell me what you think. I promise this–if you don’t like it, you won’t hurt my feelings. Honest.

Who are they to judge?

“This book’s bad,” The Times says

“This person cahn’t sing,” says the shooter of cripples

If there are no absolutes

No right or wrong

No good or bad

No tasteful or distasteful

If beauty is in the eye of the beholder

Who are Roger, the newspaper and Simon to judge?

Richard Zowie is a writer, blogger, columnist, journalist. Post comments here or drop him a line at richardzowie@gmail.com. 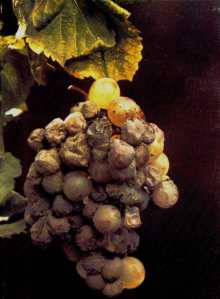 If the title of this blog post sounds odd, it comes from two places. I’m told in the winemaking process, the extremely rare fungus that causes wine to have an one-of-a-kind sweetness is called “noble rot”. It’s a fungus, i.e. rot, and it’s noble because it’s something bad that causes something very good.

Noble Rot was also the title of a never-produced screenplay of John Belushi’s, one he’d worked on with comedy writer Don Novello (who’s perhaps best known for his Father Guido Sarducci character on Saturday Night Live). Intended to be a comedy wine caper, the script went through many drafts and rewrites, and on deadline once, Belushi and Novello even had an all-night typing session (keep in mind, this was the day before word processors that could easily revise and print new copies).

Belushi then presented the screenplay to his agent, Michael Ovitz, and to his manager, Bernie Brillstein.

Their verdict was unanimous: terrible, unfunny and, worst of all, unproduceable. Ovitz, according to the Belushi biography Wired, even tried to talk Belushi into shelving the movie in favor of another movie project, The Joy of Sex.

Imagine that…after all that work, the script still was unusable.

Belushi was working on the script up to his untimely death in 1982 at the age of 33. The movie project died with Belushi. Even more tragic for the late Albanian-American comedian, he spent a sizable chunk of the final year or two of his life working on this script, feeling it might be his magnus opus, his piece de resistance.

Amazing how much work can be put into a piece of writing, only to not only radically revise again but sometimes start all over. And sometimes even abandon.

Director Quentin Tarantino recently released his film Inglourious Basterds. (No, English teachers, that misspelling’s not a typo). Tarantino said he spent about 10 years writing the screenplay for this film.

Stories like this make me wonder if people realize just how hard work writing can be.